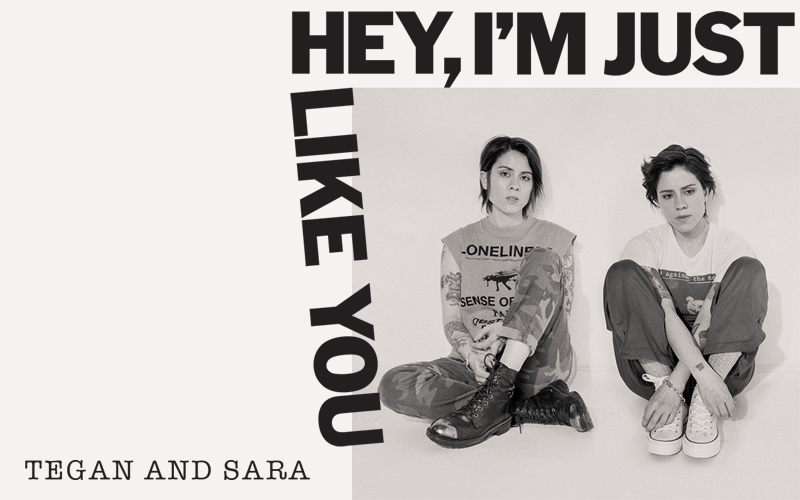 The new Tegan and Sara album Hey I’m Just Like You, Out September 27.
Pre-order now at teganandsara.lnk.to/HeyImJustLikeYou

Last year while writing our new memoir, we came across two cassette tapes with dozens of songs we wrote in high school. Defiant and melodramatic, the songs captured the exultation and grief of first loves, first losses, ecstatic kiss-offs, and psychedelic tributes to the friendships we had as teenagers. It had been over twenty years since we had heard the songs and quite honestly, we both expected to listen once, cringe, and bury them for another couple decades. But they were good. Like, really good. They were raw, and in some cases the lyrics were hard to decipher. But the melodies, the honesty in the words, and the joy listening to them after all these years was undeniable. We decided immediately that those songs were the demos we’d use to build the new Tegan and Sara record. Hey, I’m Just Like You has twelve songs, but in making those twelve songs we pulled sections from nearly twenty of those lost high school demos. We kept the original lyrics where we could, and we only wrote four new sections. In some cases, Sara sings songs I wrote, and in other cases I sing songs she wrote. For the first time ever, we share vocal duties on a handful of songs making them the first truly “Tegan AND Sara” songs. Alex Hope produced the record in Vancouver, where we recorded this past April and May. It is also the FIRST Tegan and Sara album produced, performed, engineered, mixed, and mastered by a team of all women. 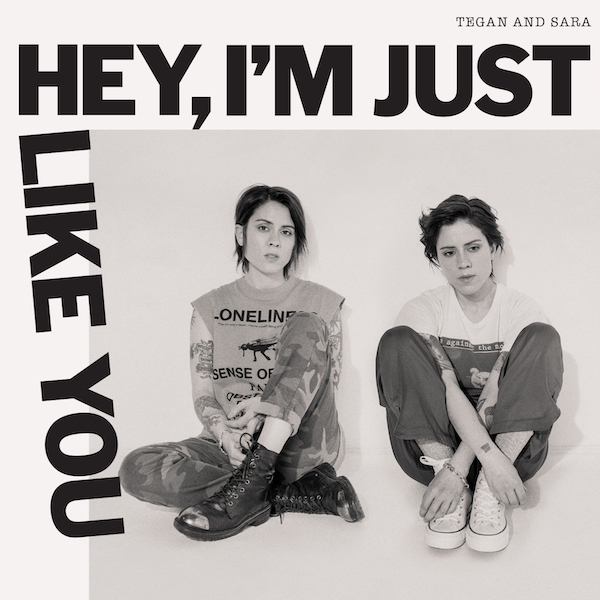 We cannot wait for you to hear our new record, out September 27th on all platforms.  You can pre-order it now at teganandsara.lnk.to/HeyImJustLikeYou. Stay tuned for new music shortly, as well as tour dates, videos, and special-pre-order packages. We think you’re going to love the new record.  Dare we go so far as to prophesize; it might be your new favorite?